A few weeks ago I finished a project that I had on my mind for a number of months.  There was a lot of play in the cross slide feed screw on my import bench lathe.  This showed up as backlash in the feed screw – when you grabbed the toolpost and applied force in alternate directions you could see the entire cross slide move back and forth.  Some of it was from backlash in the feed nut itself, but most of it was between the feed dial and the support casting itself.

I tried tightening up the nuts themselves tor reduce the amount of clearance – but then it bound and you couldn’t turn the feedscrew at all.  This wasn’t the best design from the get go.

The first thing I did was modeled the entire assembly up in Fusion to get a clear picture of what was going on – and to give a good starting point for the modification:

The nuts aren’t shown on the end of the feedscrew but you can see where the assembly is constrained for axial movement – at the right side on a shoulder machined into the feedscrew itself and on the left side the inner bushing of the dial.  These are just 2 plain bearing surfaces – and they weren’t machined the best to begin with.  No wonder it wasn’t the best!

I thought about doing what Stefan Gotteswinter did.  If this was my main lathe I would copy what Stefan did as it is the best solution by far.  Angular contact bearings are the way to go in this situation.  Since I’m keeping this lathe around primarily for cutting metric threads (the Standard Modern now in the shop doesn’t have a metric transposition gear) I decided to scale back the project and see if I could just stuff a deep groove axial bearing and a roller thrust washer into the space without having to modify the leadscrew, or make up a new dial.

Below is what I came up with: 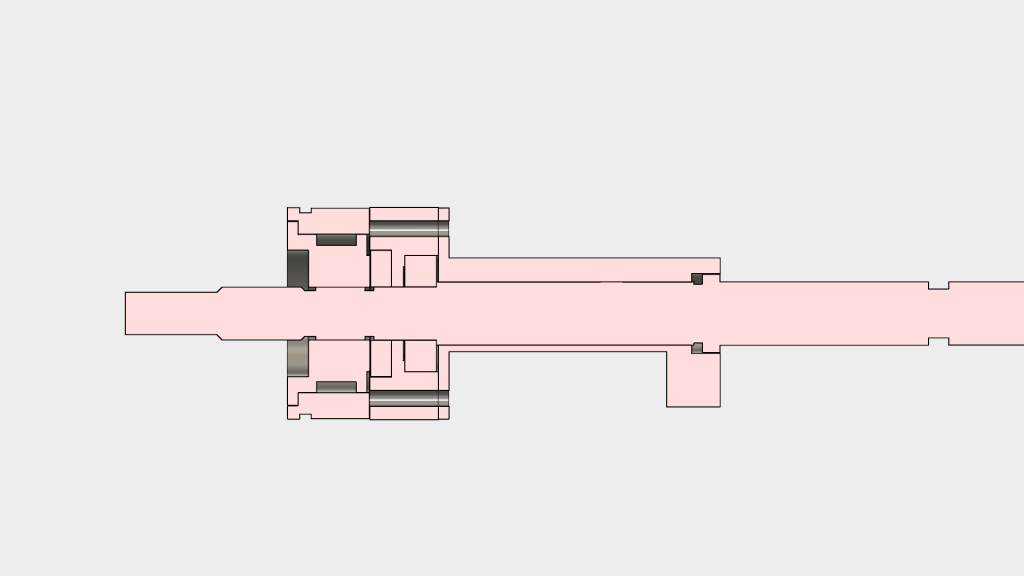 I incorporated a deep groove ball bearing (6900-2RS) and a 10mm needle style thrust washer on the opposite side.  This required a new housing and the old cast iron bearing support to be shortened up.  The new housing was doweled to the cast iron block for location.  2 counter bored cap screws hold the entire assembly together.  The cross slide screw required minimal rework – a shoulder had to be turned for the bearing to sit against.  I also turned down the shoulder on the screw that previously was a bearing support. 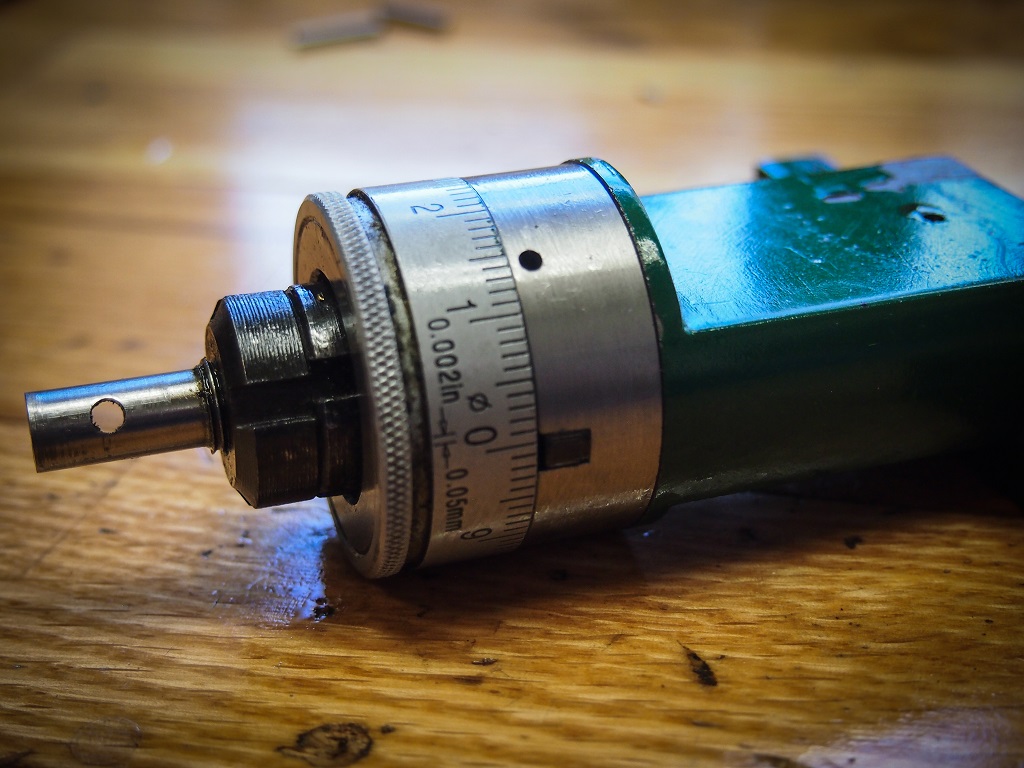 The cross slide now is super smooth with no backlash due to the support.  There is a bit of backlash in the screw, but I don’t get too bothered by that on a manual machine.  It is significant improvement with not too much effort or time required.

I made a video of the entire project as well:

View all posts by Justin